Coca-Cola vs Pepsi: Era of rivalry 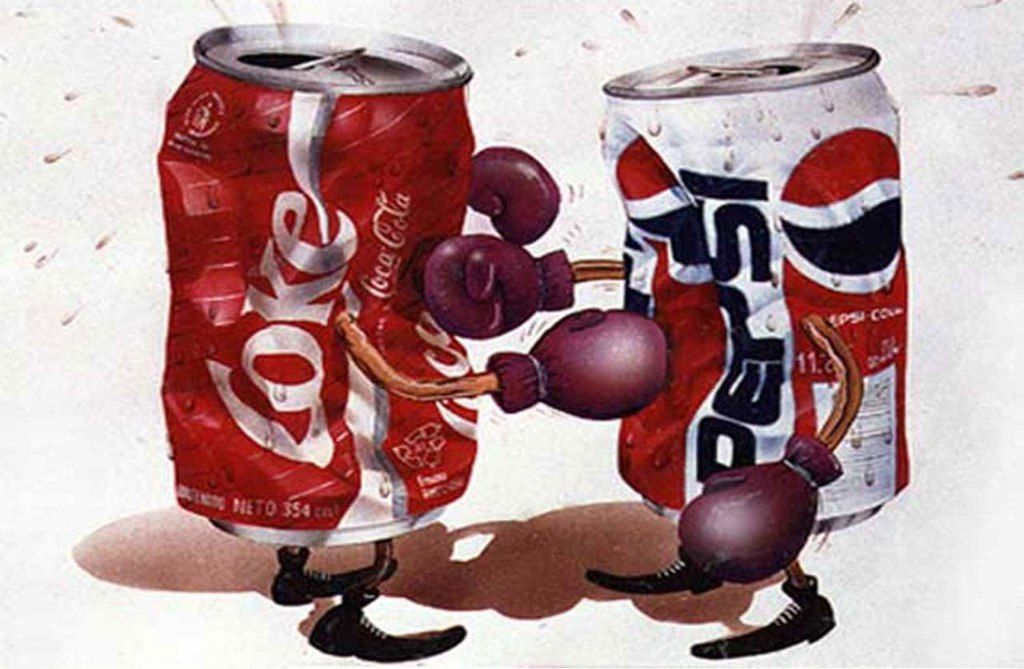 The brand image requires putting positive qualities, advantages, personal or corporate values in the minds of consumers. The brand’s image which should be created in the consciousness of consumers not only reflects the quality of the material but also implies that the product must meet the needs of a group of consumers. From this perspective, a product of a certain trademark gains its individuality. The most famous brands do well in flexible multifunctional event management and Coca-Cola is one of the best examples.

The company uses local advertising, supports various thoughts and beliefs, for example, those that are peculiar for Ramadan or the Turkish national team. It has also been investing in all Olympic Games, starting from the Amsterdam Games of 1928 and the World Championship starting 1930. Among many others, these actions constitute the company’s strategy related to the brand’s image. Besides being interested in football, the Company has also concluded multiple sponsor contracts in many sports.

Visual identification of Coca-Cola consists of the emblem, logo, color, and font. Lines, same as the logo, might promote psychological perception and influence its strength. Thus, some psychological information may be transferred into the customer’s subconscious. Coca-Cola's name and logo were created by Frank Robinson. This logo has remained unchanged in the consciousness of billion people worldwide since 1886. Robinson thought that two letters “C” will create an aesthetically good picture and created the Coca-Cola logo with his own handwriting.

Coca-Cola brand is widely-known and strong thanks to its following sides:

Besides the formula, Coca-Cola has also patented the bottle and logo design, advertisement, and everything that might be considered as intellectual property. For example, the famous logo and scripts of Coca-Cola are genuine copyright-protected pieces of art. The protection of a trademark and logotype allows the company to discourage competitors from passing off their products as Coca-Cola products, and besides that receive impressive compensation for the damage caused. The patents are made for the logo colors, font, and even bottle shape. The company has exclusive rights for the special production of barrier-coated plastic containers. However, the main way to protect the uniqueness is to keep a formula of Coca-Cola a secret. Only a few selected people in the whole company know it and everybody does his best to keep this commercial secret and this secrecy creates brand value.

The relations between Coca-Cola and Pepsi have always been tense. Once Coca-Cola Company tried to prohibit a competitor in court from using the word "cola" in the title but lost. Watching their rivalry, many marketologists assumed that this competition is exactly what made consumers so cola-addicted. Outside the court, Coca-Cola was always ahead. During the post-war period, Time magazine has repeatedly noted its "peaceful conquest of the globe". At the end of the 50s, annual sales of two drinks constituted five to one in favor of Coca-Cola. However, at the end of the next decade after some rebranding, Pepsi became a youth beverage.

This extremely risky strategy which suggested the rejection of the age group of consumers was successful. Using the focusing method, Pepsi managed to oppose itself to the old and classic image of Coca-Cola. Now the youth beverage was rapidly catching up with the rival.

Besides that, Pepsi’s advertising jingle of "Nickel, Nickel” became so popular that it was translated into 55 languages. In 1940 the Life magazine announced this jingle “immortal”.

In the middle 80s, Pepsi created a new word in advertising using pop stars to promote the brand. The most important performer of the time, Michael Jackson, starred in the advertising of the brand.

In the 1960s they changed their logotype even more significantly. For the first time in a new design, a serrated bottle cap was present. The colors remained blue and red, and the background color was completely white. Within the next ten years, the company started the Pepsi Generation campaign. It was in 1960 when the word “cola” disappeared from the logo. Pepsi has never used that word in the name of the logo again.

Nowadays, a whole team of specialists is working to protect the Pepsi brand. The group of global protection is responsible for supporting stakeholders in marketing, communications, and legislation to minimize risks associated with digital media (social media, mobile apps, websites, e-commerce). The team closely cooperates with the IT and pays significant attention to a content publication in social networks, the investigation of cutting-edge methods, staff training, and conversancy altogether with monitoring fraudulent activity on social networks. Global protection of the brand is a part of the corporate communication of PepsiCo. Counterfeiting is an ongoing problem, and today, violators have access to the latest products to manufacture, which are more accurate imitations of genuine goods. PepsiCo has a defensive behavior ensuring broad intellectual property protection to avoid litigation. Sergio Barragan, a Trademark Counselor for Latin America explains: “We don’t just register our logotypes and wordmarks, but also register a range of trademarks and rights for the design to protect our marketable condition. And we will make full use of unfair competition provisions to protect our rights”. Within many years of work of these arch-corporations, their race ahead of the curve has never stopped. Coca-Cola has been existing with its classy views and tendency for the policy of keeping the original concept against Pepsi and their focus on modernity. Regardless of having different strategies, both companies know one thing: you should take preventive measures to protect the uniqueness before rivals use these ideas against them.