Red sole, “сheckered pattern” and monograms – how the fashion world protects its brands 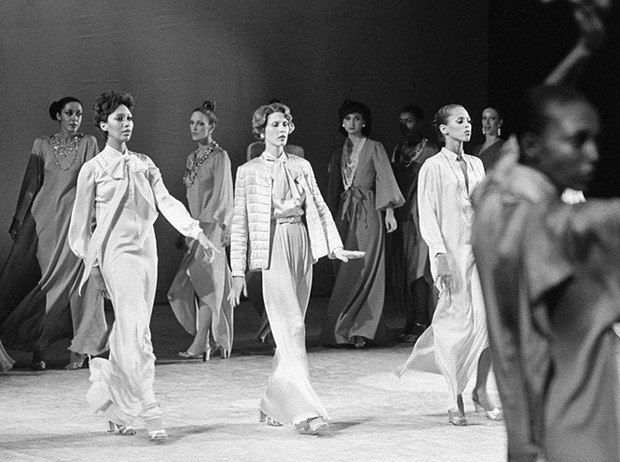 Each to their own…

Colors and color schemes are also registered as trademarks. For example, Christian Louboutin, famous for his high-heeled shoes with the red sole defends the exclusive right to them. Obviously, it’s quite difficult to register only the color as a trademark, the use of such a “distinctive mark” requires serious argumentation. However, we all have already learned that it is worth it, and currently, a red sole of the shoes is not only a trademark but also a sign of status and good taste. Prints, shapes, and colors as trademarks aren’t surprising anymore. Levi Strauss & Co. has gone even further, they have registered even their original stitch on the jeans. Hermès in its turn has registered the silhouette of its brand Birkin bag.

A well-designed monogram that is both expressive, as well as captivating сan act as a great tool for brand recall. Navin Anand, Senior Director for Oriflame Regional Marketing in South Asia.

A monogram is something personal, individual, made especially for you, and not mass-produced. With time brand tendencies can be modified, but those things that express your uniqueness will always remain in fashion. In a world where thousands of similar brands exist, monogram accentuates individuality and exclusiveness, becoming its identity itself.

Regardless of brands trying to protect themselves by registering trademarks and sprouting in court-rooms, the copying of their designs and product has been and will be ever-present. For example, Zara even has a list, and all the brands on that list are deservedly copied. Some time ago, the fashion house has copied Balenciaga trainers worth 795$ and in 2016 it was summoned to court for copying the pins of the illustrator Tuesday Bassen, and for copying the sandals of the designer Aurora James from Brother Vellies.

H&M also has its disputes about copying, the last of which is the use of their brand gothic font by Gosha Rubchinskiy on H&M T-shirts, sweatshirts, and socks. The same story is with Urban Outfitters, which includes long litigations, which it won in the fight against Navaho people, who sued them for using the ornaments of the Indian tribe on some goods, such as underwear and flasks.

Chanel has also been engaged in plagiarism: in 2015 Scottish designer Mati Ventrillon was unpleasantly surprised when she saw goods, which Chanel designer team bought from her “for research”. After Ventrillon showed her indignation on social media and scandal started gaining its momentum not only in the fashion sphere but also on the governmental level, Chanel agreed to consider the designer its idea leader in all notes about the collection

Unlike music, drama, literature, and art, fashion in the USA has never been protected by law from copying.

When in 1976 the laws on copyright were being introduced America wasn’t a country of designers but was the country of manufacturers. Though the scale of the clothing industry was growing at that time, the majority of representatives in the sphere of high fashion transferred to Europe.

Europe is filled with legendary fashion houses and textile companies with a centuries-long history.

As a result in France, Scotland, Italy, and Germany there have long been extensive copyright laws that directly protect fashion.

Taking into consideration a long history of litigation between brands, attempts have been made to provide more reliable legal protection for fashion. In 2012 Council of Fashion Designers of America tried to approve the Innovative Design Protection Act. The act suggested the provision of a three-year period to designers during which the samples could be copyrighted to prove that they are new and unique. The Act wasn’t put to a vote and reform efforts have quietly ceased.

Curate was created to provide easy user access to exclusive and unique fashion patterns from small and great designers. This decentralized application for the style discovery based on blockchain technology rewards all users with cryptocurrencies like ETH, BTC, and their own CUR8 token for their contributions to the platform.

Such brands as LV, Zara, Gucci, Prada, and Amazon cooperate with Curate to protect their brands from fraud, and their customers from forgeries.

RFID smart-tags, attached to the materials, can be scanned by any mobile phones of users to prove the authenticity of the purchased product. Also, users can see the history of the fabric to make sure no harm was caused to the environment while its production.

The fashion industry, perhaps, is the most unprotected niche in terms of copying. Fashion silhouette, similar designs, and fabrics, how can one stand out in this vast sea of fabrics and fittings? Years of litigations about the shade of a red sole, thousands of dollars for damage due to similar stitching on jeans, copied prints, and product designs. It’s not easy to protect your ideas from plagiarism, create new trends, and register decals. Fashion is always mobile and does not tolerate constancy, but at the same time, it is fragile and needs consistent protection.