The impact of counterfeit products on the economy and society 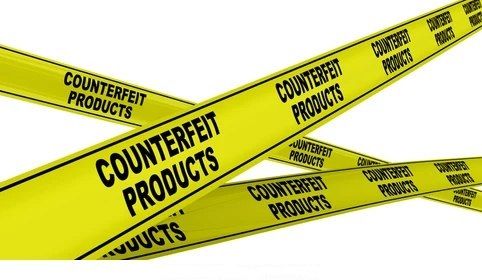 Massive losses across all industries

According to a new study of the Office for Harmonization in the Internal Market (OHIM), the manufacturing and distribution of counterfeit textile, shoes, and accessories annually takes 26 billion Euros away from official European brands. The sale of counterfeit goods in the EU countries now accounts for more than 10% of the total turnover.

Besides the financial losses, such amount of manufactured and sold counterfeit led to the loss of over 518 000 workplaces and, taking into account the impact on suppliers, 43.3 billion euros of earnings. Besides that, considering that the counterfeit manufacturers don’t pay taxes, over 8 billion euros of state revenues in the EU countries are not collected.

With digital progress, the world’s global volume of counterfeit has increased 18 times since 1993. China plays a significant role in it being one of the main players in the trading area with the share of 65% of the world’s counterfeit. As a rule, counterfeit products are produced at the same factories as the licensed materials, but without brand logos. That’s usual for South-East Asia. For people who care about the quality of the goods and their security but not the label itself, such counterfeit is not a bad solution.

In Europe and the USA due to a great number of mono brands, the situation differs a lot. For example, clothes and shoes. The most common way of counterfeit production and sale is sticking fashion labels on cheap clothes in one EU country and then the issuance of this product in another EU member country and the acquisition of even more benefits due to the goods transfer through the border. Regarding the equipment and parts, they are sold mainly on the gray markets along with the surplus, defective parts, and stolen goods. That’s obvious that tracking such pop-up vending is quite complicated, the same as detecting the legality and authenticity of these items.

Online commerce as a conduit of counterfeit products to the world

With the increase in the popularity of online shopping, the spread of counterfeit came to a whole new level. E-commerce platforms represent a huge foothold for interaction with both, consumers and suppliers, official ones and not quite. To manufacture counterfeit you just need to get access to the consumers and timely avoid the actions aimed at fighting counterfeit which such platforms take.

In 2018 the volume of all counterfeit products in the world reached 1.2 trillion USD, and in 2020 this number increased to 1.8 trillion USD. The losses born due to the counterfeit sale in the net reached as far as 323 billion USD only in 2017-2018.

In 2020 more than 21% of sales were performed via online platforms. That’s 5% more than in the entire history of online shopping. Taking into account the prevailing character of counterfeit products on the Internet, ensuring security in a virtual trading environment is now more important than ever.

Crimes, connected with the production and distribution of counterfeit as well as the threat of intellectual property caused a serious economic problem as well as huge social and ecological damage. Government and commercial organizations are concerned about the negative impact of such illegal activities. Counterfeit production also poses a threat to the well-being of consumers, destroys the entire society at various levels, and damages the reputation of enterprises.